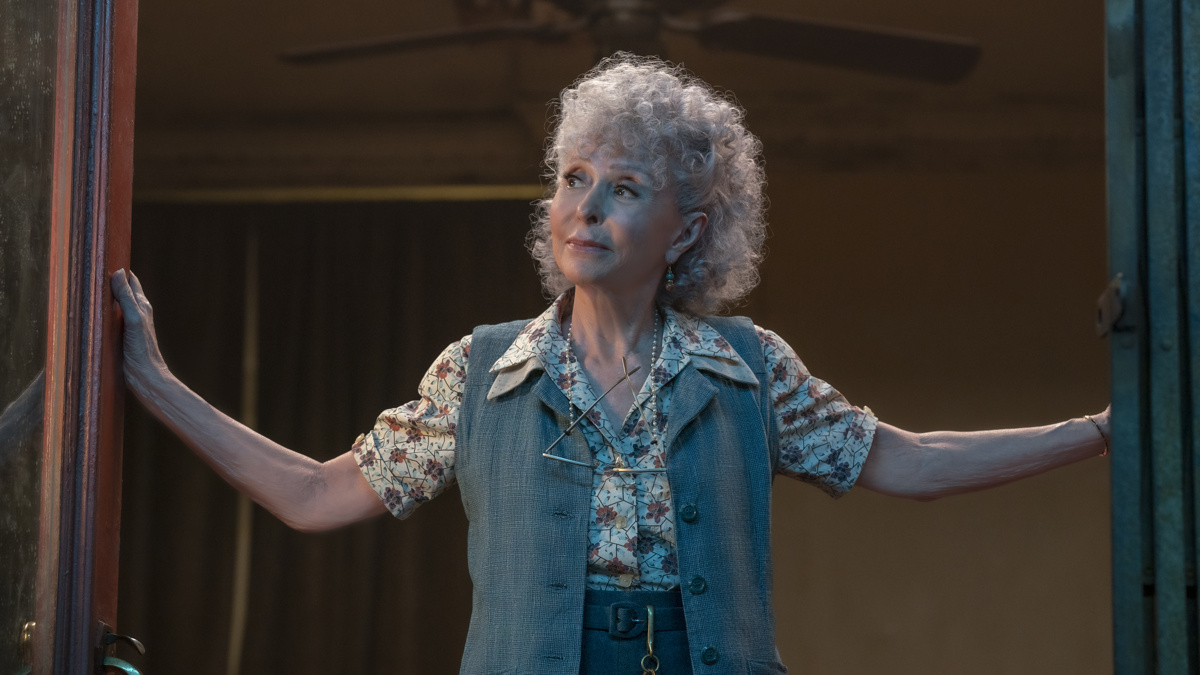 Something’s coming, something good! The newest episode of Broadway Profiles features an interview with the legendary Rita Moreno. In addition to serving as the subject a new documentary, Rita Moreno: Just a Girl Who Decided to Go for It, she will be appearing  in Steven Spielberg’s eagerly anticipated West Side Story remake. The movie is set for release on December 10.

As previously announced, Tony nominee and former Broadway.com vlogger Ariana DeBose is set to play Anita in the film, the role for which Moreno won an Academy Award in 1961. In the new movie, Moreno plays Valentina, who provides guidance to the young people in the film—the character, played by a man, was called Doc in the original West Side Story. “Can you believe it?” Moreno said about the film to host Tamsen Fadal. “Talk about a renaissance. Holy mackerel! It’s astonishing.”

Check out the full interview below, and head here to check your local listings for Broadway Profiles. Hosted by Fadal and powered by Broadway.com, it is the only nationally syndicated weekly theater news program.