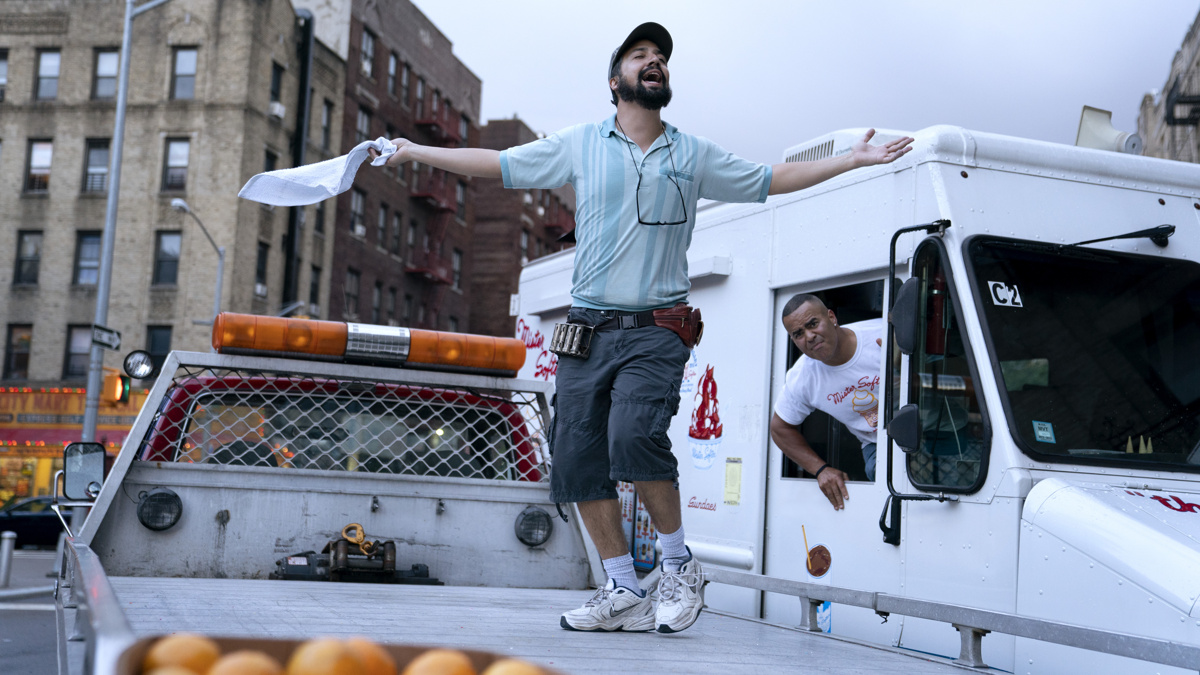 The newest episode of Broadway Profiles features an interview with In the Heights and Hamilton mastermind Lin-Manuel Miranda. In addition to creating both Tony-winning musicals, he also performed both lead roles on Broadway. Yet, he told Broadway.com Editor-in-Chief Paul Wontorek that appearing in the big screen adaptation of Heights was never his original intention.

“It actually took a lot of convincing to get me into this movie,” he explained. “I really wanted to be able to say, ‘Listen, we made our thing with our Heights family on Broadway. Go forth with my blessing, and I can’t wait to see what you make.’ Quiara Alegría Hudes and Jon M. Chu were really the co-conspirators on this. Jon kept saying ‘Haven’t cast Piragua Guy yet.’ I was like, ‘OK. Well, cast someone good. I will be watching from my little producer chair.'”

“Quiara called me one day and said, ‘You know, the studio’s going to want to cut ‘Piragua’ because it doesn’t really do anything story-wise,'” he said. “And she goes, ‘But I have an idea on how to save it.’ It was one of those calls.”

Miranda said that his performance in the movie is a love letter to his grandfather, who died in 2008, one week after In the Heights opened on Broadway at the Richard Rodgers Theatre. “I’m wearing his glasses around my neck. I’m wearing my socks up way too high,” Miranda said. “When I watched a cut of the film with my Puerto Rico family for the first time, they screamed. There are so many layers of memories inside of this movie.”

Check out the interview below, and head here to check your local listings for Broadway Profiles. Hosted by Emmy-winning anchor Tamsen Fadal and powered by Broadway.com, it is the only nationally syndicated weekly theater news program.