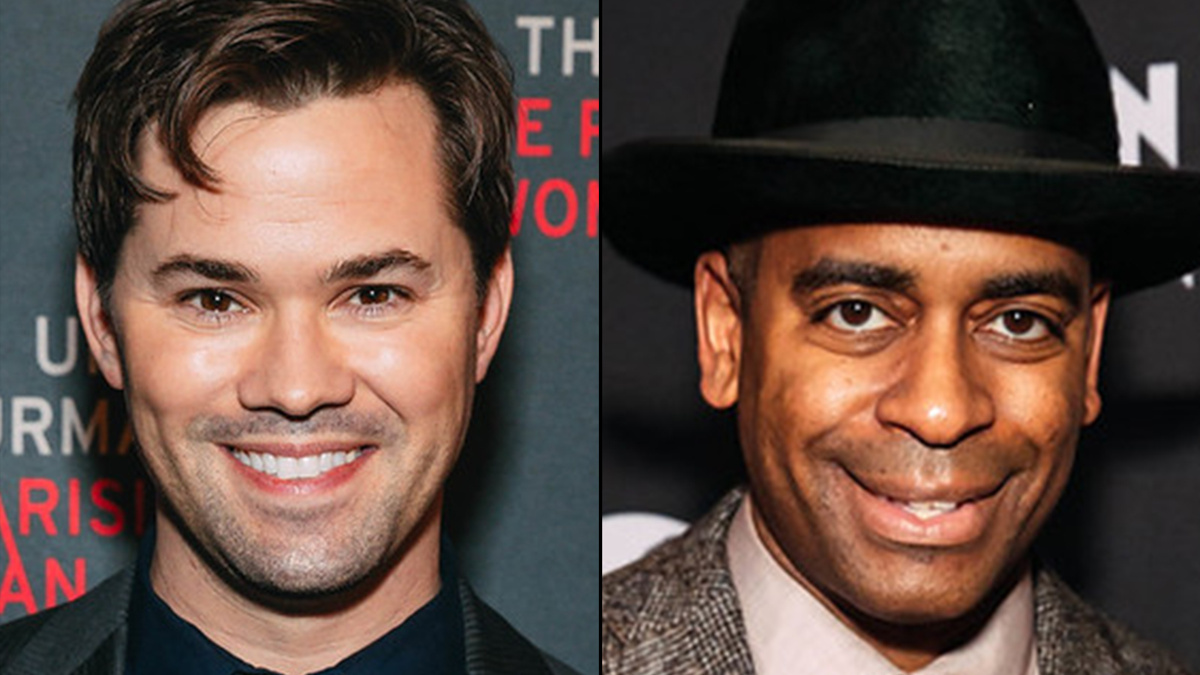 Tony nominees Andrew Rannells and Daniel Breaker have joined the cast of the musical comedy series Girls5eva. They join a lineup that includes Renée Elise Goldsberry, Sara Bareilles, Ashley Park, Paula Pell and Busy Philipps as a former girl group taking another shot at fame. The eight-episode series, created by Meredith Scardino and Tina Fey, is set to release on Peacock on May 6.

Rannells will play Kev, the husband to Philipps’ character, Summer, according to The Hollywood Reporter. Kev is a former member of boy band Boyz Next Door and he and Summer were once the “girl-group and boy band’s royal couple.” But things are less than perfect for them now that Kev works in Tampa and only comes home one weekend a month. A Tony nominee for his roles in The Book of Mormon and Falsettos, Rannells was recently seen reprising his role as Larry in the Netflix film adaptation of Broadway’s The Boys in the Band.

Breaker will take on the role of Scott, the husband to Sara Bareilles’ Dawn, according to Deadline. Despite being supportive, Scott struggles to adjust to the changes that the group brings: a new roommate in Wickie (Goldsberry), and Dawn’s shifting priorities as she commits to restarting a music career. Breaker was nominated for a Tony Award for Passing Strange and is known for his roles in Hamilton, Shrek and more.

Watch the trailer for Girls5Eva below!