After more than 1,000 pirouetting, pape-hawking performances on Broadway, Disney's Newsies will close August 24—and there are eight newsboys who have been carrying the banner from the very beginning. Below, original Broadway cast members Ben Fankhauser, Andy Richardson, Aaron Albano, Tommy Bracco, Michael Fatica, Evan Kasprzak, Jack Scott and Brendon Stimson look back on their extraordinary journey in Broadway's Newsies, and share some of their happiest, craziest and most embarrassing moments onstage in the hit musical. Check out their memories below, then see them seize the day one last time at the Nederlander Theatre!

Favorite opening night memory: I will always remember looking out into the audience after "Seize the Day" and seeing a sea of formal wear on its feet, giving us a standing ovation in the middle of the show!

Best celebrity visitor: It was very cool meeting Robert De Niro when he came with his family. Bill Pullman, Mary-Louise Parker and Joan Rivers were all great visitors too!

Most delicious Times Square snack: Probably Chop't. That's my go-to in between show dinner. And Haru. Oh, and Schnipper's. We can never forget about Schnipper's.

The performance I’ll always remember: The first preview at Paper Mill. I remember looking around at my fellow company members when the audience started cheering during the opening number. We were like: "Whoa, something really magical is happening." It was thrilling.

Craziest onstage blooper: At Paper Mill, Roosevelt (played by Kevin Carolan) started to lose his fake mustache. It was literally dangling off of his face, flapping with every word he spoke. We all started to lose it. Even the entire audience started cackling. Eventually John Dossett, being the pro that he is, crossed over to Kevin and stuck the mustache back on his face as if it was part of the scene. It was perfect.

Essential dressing room item: Fancy office chair. I brought in my leather office computer chair with a nice tall high back. It rolls around, raises up and down and is super comfortable. I sit in it every chance I get. Even if I'm offstage for a mere two minutes, I march on up to my dressing room and get my sittin' on.

Headline that sums up my time at Newsies: Disney Makes Magic; Hawks Headlines of Happiness to Millions! 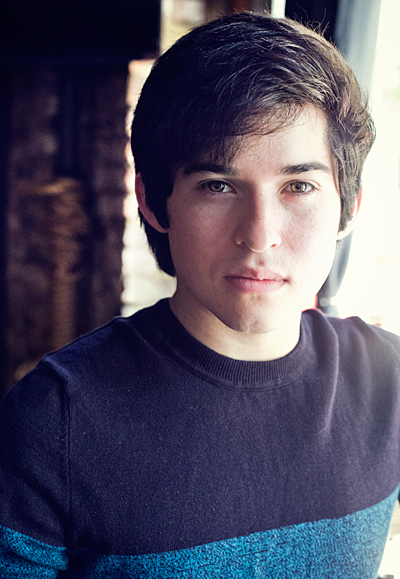 Favorite opening night memory: When the entire company gathered onstage before the show, you could feel the excitement and electricity. Everyone was grinning from ear to ear.

Best celebrity visitor: Bernadette Peters was so nice and she even asked if my leg was okay after crutching the whole show! I've always been a big fan of hers, so I geeked out just a tad.

The performance I’ll always remember: I will never forget our very first preview at Paper Mill. It was the first time we had performed with an audience and they roared. My stomach was fluttering the entire time!

Craziest onstage blooper: Once, as I was crutching out to show off the flag that says "Strike," the crutch completely slipped out from under me and I went down faster than you can say "Oh no."

Essential dressing room item: My Nook! I love reading and a Nook is perfect between scenes.

Headline that sums up my time at Newsies: The perfect headline is what our director Jeff Calhoun always told us: These Are the Good Ol' Days. 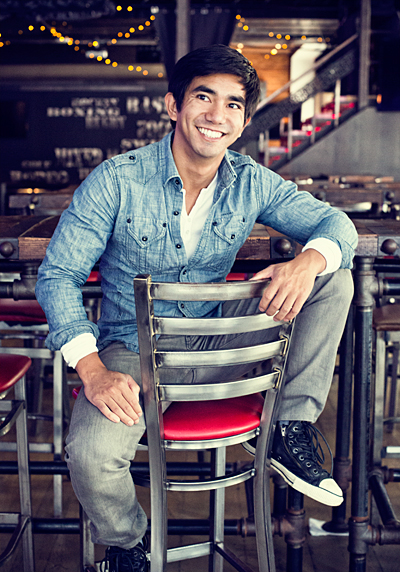 Favorite opening night memory: The length of time the applause for “Seize the Day” lasted…I have never felt an ovation that long, and probably never will again.

Most delicious Times Square snack: Before Sunrise Deli closed, their sausage, egg, and cheese on a roll. After, the lemon cronut at Paris Baguette.

The performance I’ll always remember: The Tonys performance. Chris Gattelli had just won Best Choreography, and the energy between us and coming from the house was wild. We were all on cloud nine. I had never performed on the Tonys before, and I wouldn't have wished it with any other company. Unforgettable.

Craziest onstage blooper: ‘Til the day I die, it will be the day Jess LeProtto fell off the front of the stage during the paper turns, then dove back up onstage without missing a beat to button the number.

Headline that sums up my time at Newsies: Broadway Actor Lives Out His Childhood Dream and His Reality Turned Out Even Better Than He Imagined 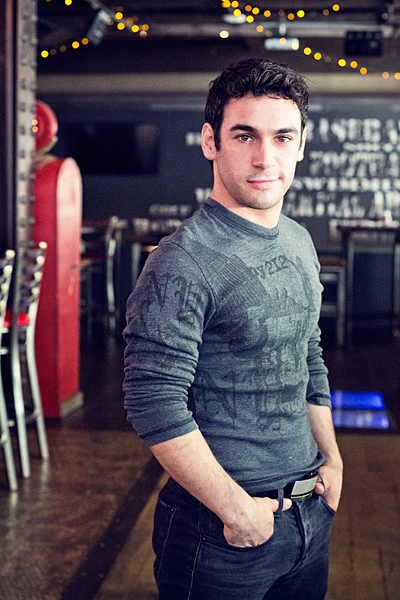 Favorite opening night memory: After the opening number I was so stunned by the audience’s reaction, I moved my head left to right to soak it all in. Aaron Albano caught this from the corner of his eye and pegged me as an oscillating fan. The boys had fun with that one.

Best celebrity visitor: Robert De Niro. "You talking to me?"

The performance I’ll always remember: This one goes back to Paper Mill. My whole family was at the show and I couldn't be more excited. At intermission I received a text from my mom saying they got kicked out because they were too loud. That's what you get for putting 50 Italians in the audience at the same time!

Craziest onstage blooper: When Jess LeProtto fell in the pit, but jumped out just in time for the button of the number. That boy became a legend that day.

Essential dressing room item: I keep all the letters I get from Fansies at my station and look at them before each performance. They're the main reason why I love what I do.

Headline that sums up my time at Newsies: Newsies Forever, Second To None 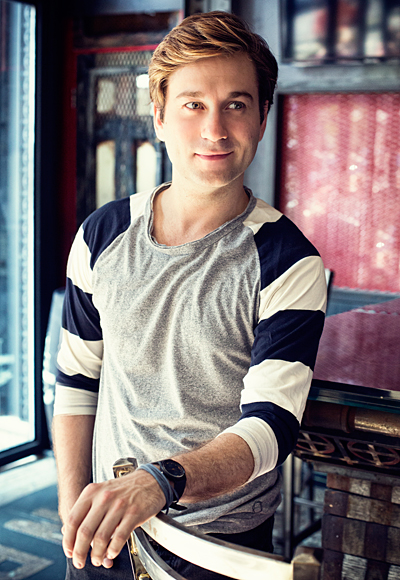 Favorite opening night memory: Opening night was a blur. I don't think most of us knew what to expect, specifically when it comes to backstage traditions that are part of an opening on Broadway. As a swing, I wasn't onstage that night, and my favorite piece of the evening was getting to be in the audience and feel that ovation after "Seize the Day." The party wasn't bad either ;)

Best celebrity visitor: Hands down, Gabby Douglas! The gymnastics nerd in me will never be the same.

Most delicious Times Square snack: A milkshake from Schnipper's Quality Kitchen. If you haven't had one, RUN.

The performance I’ll always remember: My first time onstage. During previews, a cast member had to call out at intermission, and 15 minutes later I was making my Broadway debut. The cast and crew were very helpful and supportive, as was our creative team after the show. What a rush!

Craziest onstage blooper: In an effort not to expose anyone's dirty laundry, I'll talk about my own craziest faux pas. My first time on for the role of Mush, I had to do a move called the leap frog, where you jump over another Newsie with legs in a straddle. I had done it before, but hadn't anticipated that this part had less of a running start than others. I didn't make it over Kyle Coffman's head, and ended up rolling down his side and to the ground. It wasn't my finest moment.

Essential dressing room item: My iPad! It houses the show's stage charts, as well as my Nook and internet capability. If I ever forget it, I feel like I forgot to put shoes on or something.

Headline that sums up my time at Newsies: Extra Extra! Boy's Arms Fall Off From Hugging Too Many People For the Best Two-and-a-Half Years of His Life! 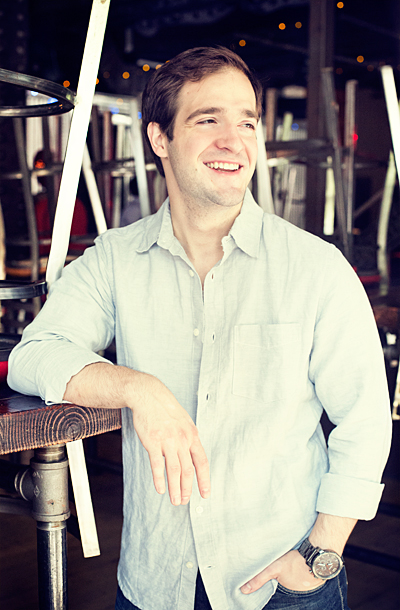 Favorite opening night memory: Walking into the dressing room and seeing everyone's stations covered in flowers, Edible Arrangements, candy, and assorted other gifts. There was so much stuff you could barely see the counter.

Craziest onstage blooper: Jess LeProtto falling into the orchestra pit after doing amazing paper turns in “Seize the Day,” then doing a dive roll out of the pit into the final pose.

Headline that sums up my time at Newsies: Boy Finds a Second Family with Newsies 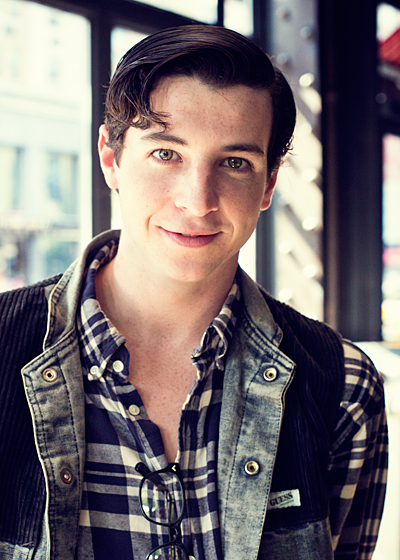 Favorite opening night memory: Getting to watch my brother watch the show for the first time. As a swing, I got to have a house seat and I had a perfect view of my brother’s seat in the audience. It meant the world to me to share the night with him and to watch his face light up as he watched the show.

Best celebrity visitor: Julie Andrews. She was just as sweet as you would hope, and called us inspiring!

Most delicious Times Square snack: The Nuts for Nuts stand. I even ran out on a 10-minute break to grab some of those almonds!

The performance I’ll always remember: My debut, Saint Patrick’s Day 2012. As an Irish lad, the holiday has always been dear to me, but now it's even more special. The day started with a text message from my stage manager, Thom Gates, that let me know I'd be making my Broadway debut as Morris Delancey. The kicker is my family was road-tripping to New Jersey from our home in Ohio already to visit my aunt. They made it just in time for curtain and got to be there with me for my first performance. Now that's some Irish luck!

Craziest onstage blooper: This one show I was on for Tommy Bracco. In the track you're responsible for pushing Katherine offstage (in her desk) after she finishes her solo. Midway through the move, I stepped back and my boot got picked up by the moving tower. I give Kara Lindsay a push in the right direction and shimmied downstage with the tower as it ate my boot. Once the tower had stopped, I awkwardly unzipped my boot and ran offstage. They had to move the tower back, and I watched Corey Cott throw my shoe like a football to a stagehand.

Essential dressing room item: My ukulele. It moved in with me to the theater and has helped me through many nights on standby.

Headline that sums up my time at Newsies: Dreams Come True, Yes They Do, in Newsies Square 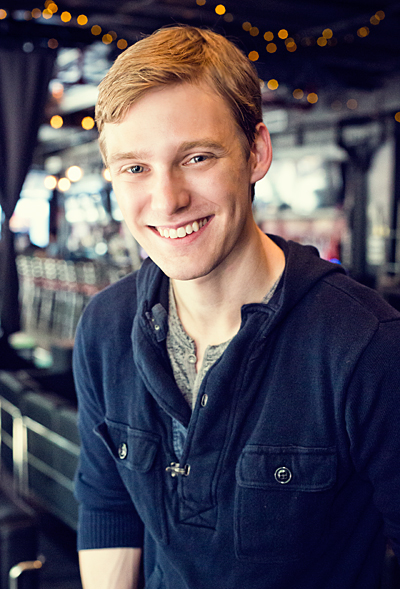 Favorite opening night memory: There's so many! If I had to narrow it down to one, it's probably just holding the button after "Carrying the Banner." We held for at least 45 seconds and we felt for the first time what it was going to be like to be a Newsie.

Best celebrity visitor: Meeting Gabby Douglas was pretty amazing. Watching her do a handstand competition with a couple of the Newsies was even more amazing!

Most delicious Times Square snack: Off the Wall frozen yogurt, half cookies and cream, half cake batter with yogurt chips and Heath bar. BOOM.

The performance I’ll always remember: My original Delancey brother, Mike Faist's last show. Kept it together pretty well, but there's a moment I'll never forget when we looked at each other in the final scene and both kind of lost it. The toughest Delancey brothers, just sobbing.

Craziest onstage blooper: There were a few broom mishaps during my tap solo in “King of New York,” but a special time was when I accidentally hit the broom into the conductors pit and our music director Mark Hummel tossed it right back onstage without missing a beat.

Essential dressing room item: One of those cheese sticks. I would have one with John Dossett almost every show for a little energy before "King of New York."

Headline that sums up my time at Newsies: It Was A Fine Life, Carrying The Banner Through It All